You’ve got to love Ron House of Lake Grove, NY. I mean, he doesn’t just love customs. I mean he LOVES KUSTOMS. So for Ron, life doesn’t get much better than winning Merc of the Year at The James Dean Run 2011. At the 2012 event, his ’50 Merc convertible will appear on all the event T-shirts, Hats, Jackets and Sweat Shirts. As he said, “My Merc came together better than I ever dreamed and being the 2012 T-Shirt Merc was the frosting on the cake.” 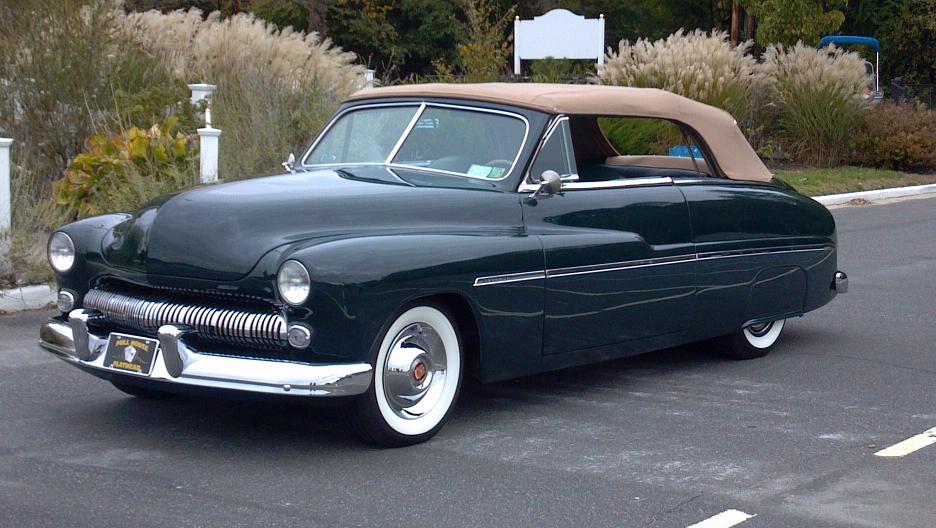 Ron told us, “I just came from Anthony’s and he stated my tripower 97 setup needed no jetting changes. He just wired the chokes open on the front and rear carbs, and did all the fine adjusting on the center carb. He also ran an Aeromotive pressure regulator with a return gas line to the tank, so he could adjust the pressure at a steady three pounds. This Full House Flathead (294 CI) runs super with your 97s. I had to pull this heavy Merc over some big mountains in PA, but no problems. When I needed that extra push, the other two carbs would kick in and this Turnpike Cruiser Merc ran like a superstar. The Stromberg 97s were the key to success for my Full House Flathead.”….Rave on, Ron! Enjoy the pics.