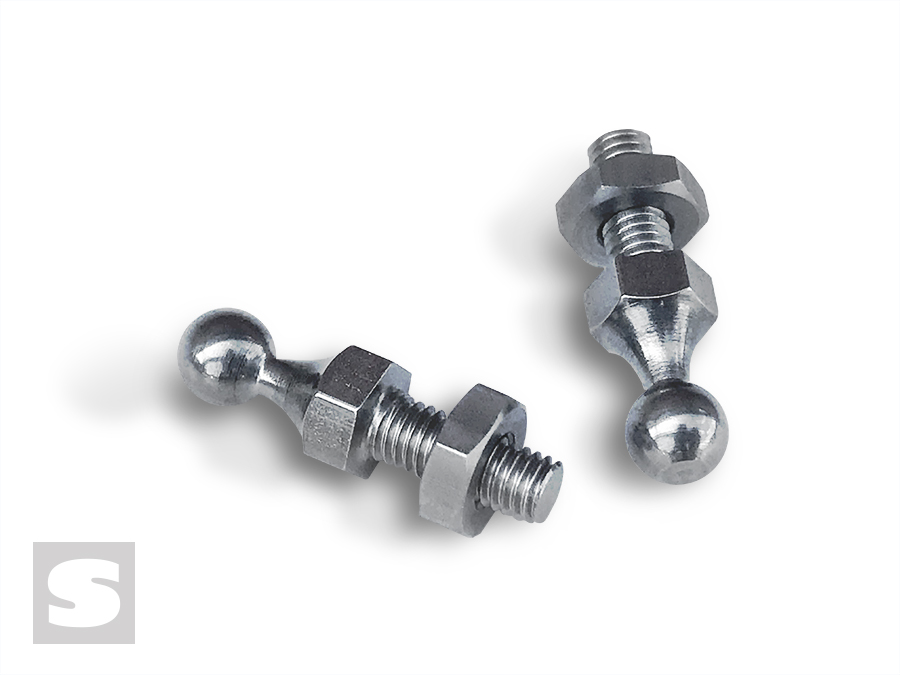 Check out our newest product! Part Number 9168K. Two threaded linkage ball studs with 7mm (0.275in) diameter balls – the same as Stromberg choke and throttle shaft connections. These handy new Stromberg linkage products feature half an inch of thread and nuts are included. Price is US$15.95 or £9.95 depending on where you live.

Use Linkage Ball for Cable Throttle

So where do you use them? For hot rod throttle cable connections! At 0.275in diameter, (others are only 0.25in) Stromberg linkage balls are designed to work perfectly with our 9164K Linkage Bombs and 9166K Rocket Clips. Check out these two applications below. Some aftermarket throttle cables come with a bare cable – use the 9166K Rocket Clip. Some come with a threaded connector swaged to the end of the cable – use a 9164K-R Linkage Bomb (with a right hand thread).

On both applications you simply insert the Linkage Ball in place of the small set screw in the end of the swivel on the lever you are pulling. It clamps the linkage rod perfectly – you can use the small hex on the ball to tighten it. Both use the same 10-32 thread. The lock-nut is supplied for other applications as required.

Here, they are pictured with Stromberg 9091K lever arms (as part of a TwoStep 2×2 direct linkage), and a 9136K Cable Throttle Mounting Bracket. 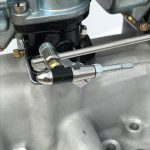 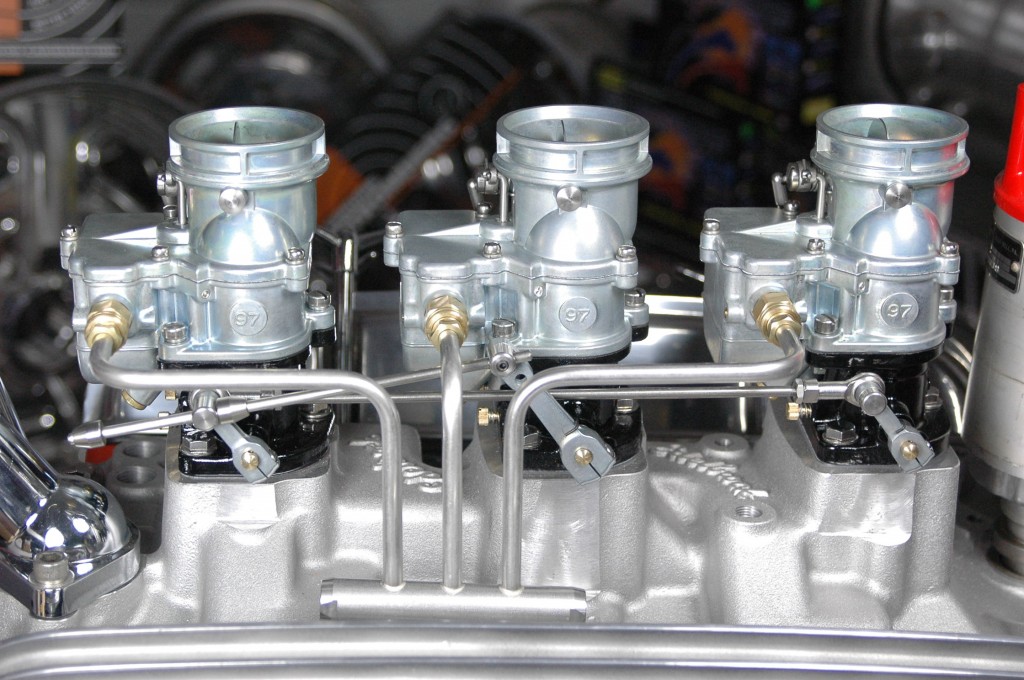 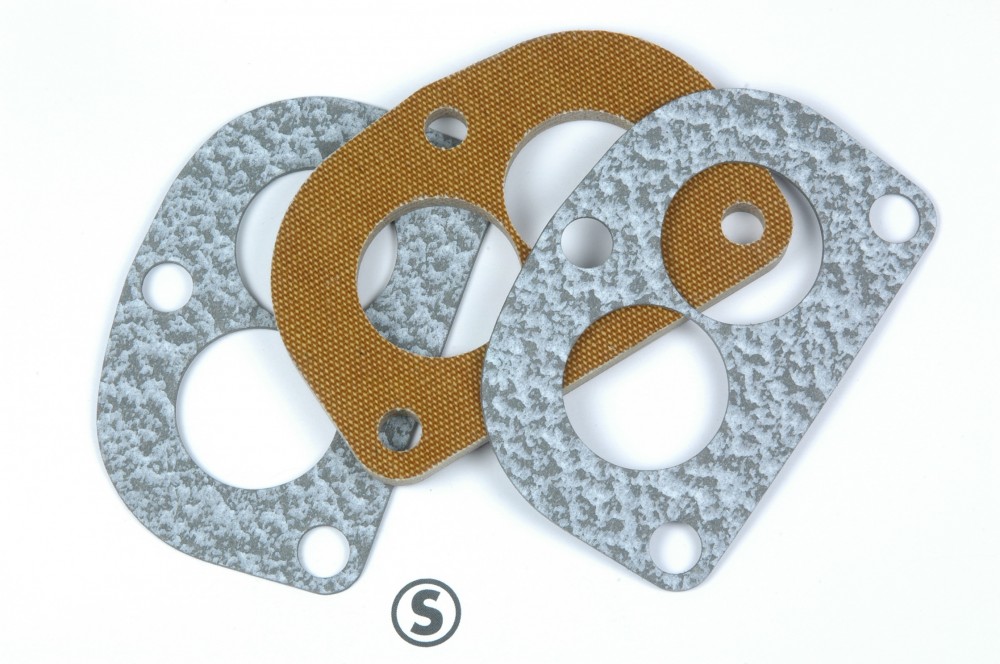 Well, we promised a summer of new product launches and it continues with traditional phenolic spacers for your Stromberg 97 carburetors, plus a complementary extended intake manifold stud kit.

Tried buying a ‘real’ phenolic spacer lately? Truth is, the real old-school phenolics are becoming harder to find and those orange colored plastic spacers we’re seeing for sale just don’t seem right on a traditional hot rod, if you ask us.

Manufactured in California, USA exclusively for us here at Stromberg Carburetor, the new 1/4in spacers are cut from Natural Canvas Grade C Phenolic sheet with the classic brown color. The full kit (part number 39447K) includes two gaskets – used above and below the spacer – and work with 97s and other 3-bolt, 2-barrel carburetors like the Holley and Edelbrock 94s, of course..

Made from layers of canvas impregnated with synthetic resin binder, the benefits of phenolic sheet for carburetor spacers are well documented. Reducing heat transfer from the intake manifold to the carburetor, they can promote a cooler, denser fuel mixture for more horsepower. If you live in a hot climate and suffer from fuel percolation, you’ll be well acquainted with the heat insulation benefits too. If you’ve got a two-barrel carb with an aluminum base casting, these should really help.

Stromberg phenolic carburetor spacers and extended intake manifold stud kits are available now from our worldwide Genuine Stromberg dealer network, and help with installation is available from Stromberg by email or via the Stromberg Tech Center at www.stromberg-97.com. 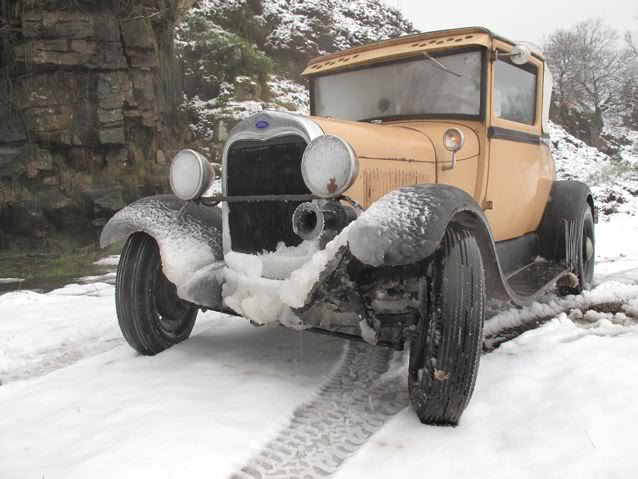 We love a testimonial here at Stromberg. And this is right up there. Stromberg customer Mark Biggin drives his Model AV8 – a lot. In his own words: “I stuck the new 97 on straight from the box then headed off to Pilzen in the Czech Republic (800 miles from his home in the UK) for the Liberation Festival back in 2010. It’s done nigh on 30,000 miles since and I’ve not had to touch it (occasionally adjust the idle speed). Been through two engines, two gearboxes, rear axle overhauls and a new roof mind you! 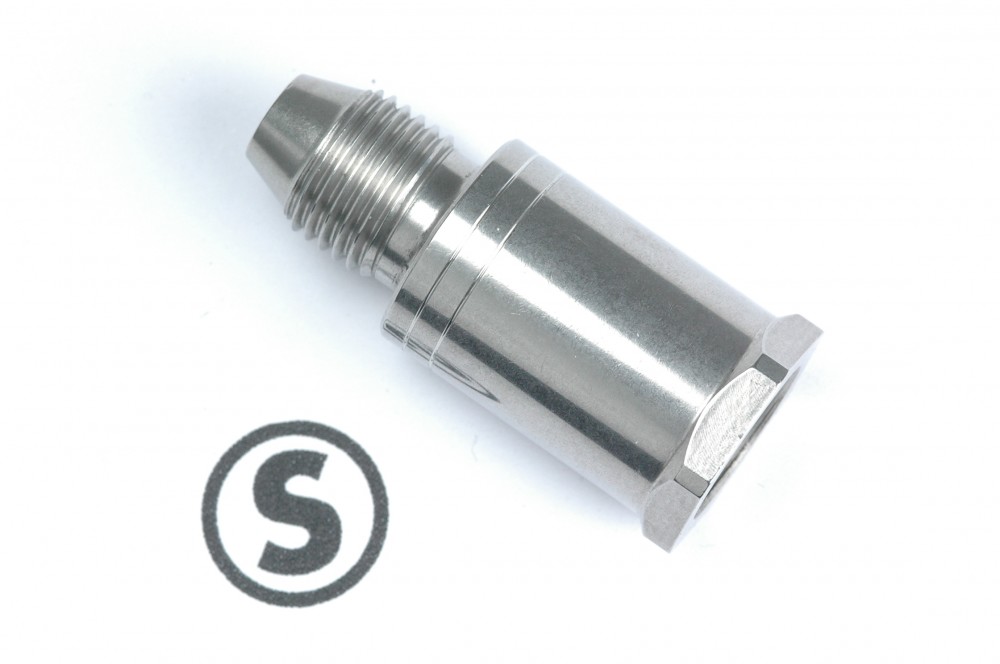 Here we go. Another smart solution to an age-old problem from your friends at Stromberg Carburetor. Launches today..our new Banjo Fitting Spacer (9086K) moves the banjo fuel line out one inch from the inlet fitting, providing instant clearance for the long centre lever arm you find on all tripower progressive linkages.

Ever since we launched our TwoStep 3×2 progressive linkages, we knew that using them with fuel banjos was a problem. Why? Because the long lever you need on the center carburetor to get the system to open those outer (secondary) carbs late enough, wants the same space as the banjo fuel hose. If you leave it long, it rubs on the hose – ie, a double safety no-no. And if you shorten the lever, either the outer carbs come in too early (for our liking) or they don’t reach Wide Open Throttle. Our new spacer solves that problem – simply and safely.

The new, media polished, stainless steel banjo spacer uses our proven Stromberg superseat end, with its correct 18 degree seat, into the inlet fitting (original or Stromberg S-jet). And the short wrench surfaces are designed so you can secure it properly but it still match the bolt head on the Stromberg banjo. When they’re all tightened up against the banjo, it looks like one solid piece. Check it out on our website right now! www.stromberg-97.com. To order, contact your local Genuine Stromberg dealer.