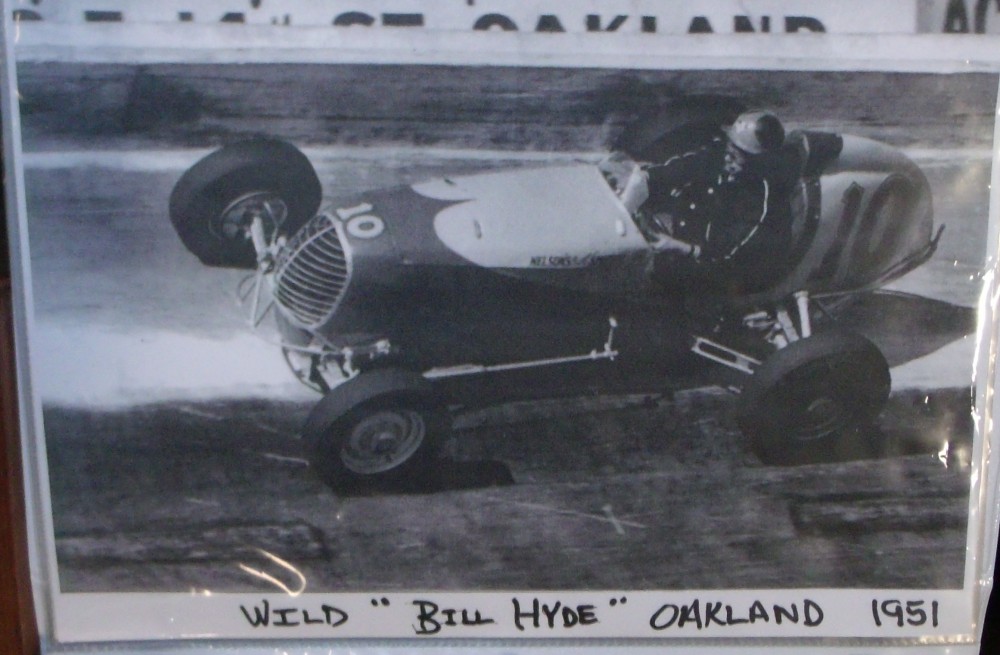 Well, it started with a photo emailed over by our Arizona-based carb consultant Norm Schenck. So he’s visiting up in Oregon and he’s found this cool museum and took a picture of a Stromberg-equipped (five 97s!) crazy engine we’ve never seen before and couldn’t identify. What’s to do, but delve further? We googled it, found the place and emailed ’em. Ken Olsson, Museum Coordinator came back to us with all the info we needed plus more incredible pictures.

The motor? A Ranger aircraft engine, which apparently was a popular and relatively low cost (ie. Army surplus) heap-o-horsepower in the late 40’s and early 50’s. What’s really cool is that the Ranger engine is designed for inverted installation. So in the race car it was installed upside down (!) with a dry sump oil system to make an automotive drive train possible. Hence that giant oil tank in the engine bay. Ken sent more pics of the race-car plus a picture of the motor in full aero trim, with propellor for comparison. And the car owner/builder? Step forward Cliff Nelson, a man of vision and no shortage of automotive engineering skill, if you ask me. All we know about ‘Wild Bill Hyde’ is that he drove seven NASCAR races in 1955 and 1956…so we can assume he was a hired gun. I guess if you want to be called ‘Wild Bill’, driving an inverted aero-engined race car with no floor boards is a great place to start. Hickok managed it and all he had was a short temper…..We salute you ‘Wild Bill’, whoever you were.

If you’d like to check out the car, and hundreds more cool pieces of mechanical-ness, get yourself down to the Western Antique Aeroplane and Automobile Museum, ‘where Oregon and Washington meet, at the Columbia River Gorge’ – Ken Jernstedt Airfield 4S2, 1600 Air Museum Road, Hood River, OR 97031. Tel: 541-308-1600.

Their antique automobiles vary from 1899 to the 1960’s, but mostly, from the “Golden Age of Transportation” – 1920’s, 30’s, and 40’s. Going by their events calendar, It looks like there’s always plenty to fun to be had. They fly the old planes, drive the cars, and even have their own Youtube channel (search for WAAAM Museum ), all of which makes them much smarter than us…..