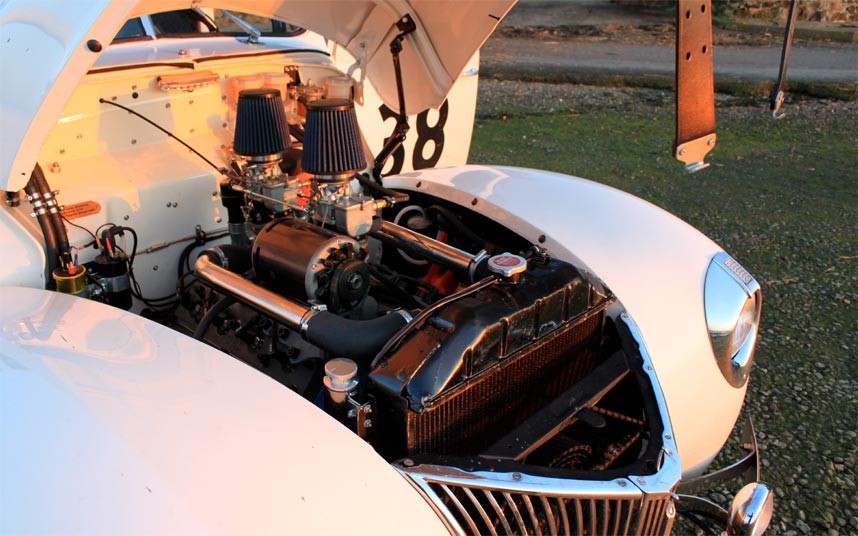 I’m sure most of us would love to drive a flathead powered, Stromberg equipped ’40 Ford Coupe for a month straight, but I’m not sure about driving the thing from Beijing to Paris. Mike Reeves and Michelle Jana Chan are clearly made of sterner stuff, for they’re currently in the middle of Mongolia on the 2013 Peking to Paris Motor Challenge. Other guys are in a 1913 Model T Ford and a ’29 Model A, by the way.

Once he worked out that Ford’s transverse leaf suspension and indestructible flathead motor were just the job for the thousands of unmade miles, he found a ’40 rolling shell in Michigan, shipped it to England and started spending money. A year later it was christened Shiner, after the bootleggers who made ’40 Coupes famous back in the day.

The Peking to Paris is one of the longest and toughest rallies undertaken in a classic car. The first race took place in 1907 with camels used to transport the gasoline. The 2013 event follows the 1907 route from Beijing up through the Gobi Desert, across the Mongolian grasslands, the Russian Steppes and over the Urals. From there they go from Kiev to Kraków, from Salzburg to the Swiss Alps. All being well, 33 days and 7,625-miles later, they’ll motor down the Champs-Élysées and into the Place Vendôme.

The race started on May 28 and like any road trip, was not without problems – like leaving the car keys behind as they boarded the plane for China……Check this link out for information and great pictures and video. http://www.telegraph.co.uk/travel/ac…he-latest.html  You can also follow them on Twitter: @pekingparis2013  and Facebook: facebook.com/peking2paris2013   Me. I’m off to negotiate the 10 minutes drive home…in the Honda. Life’s tough.