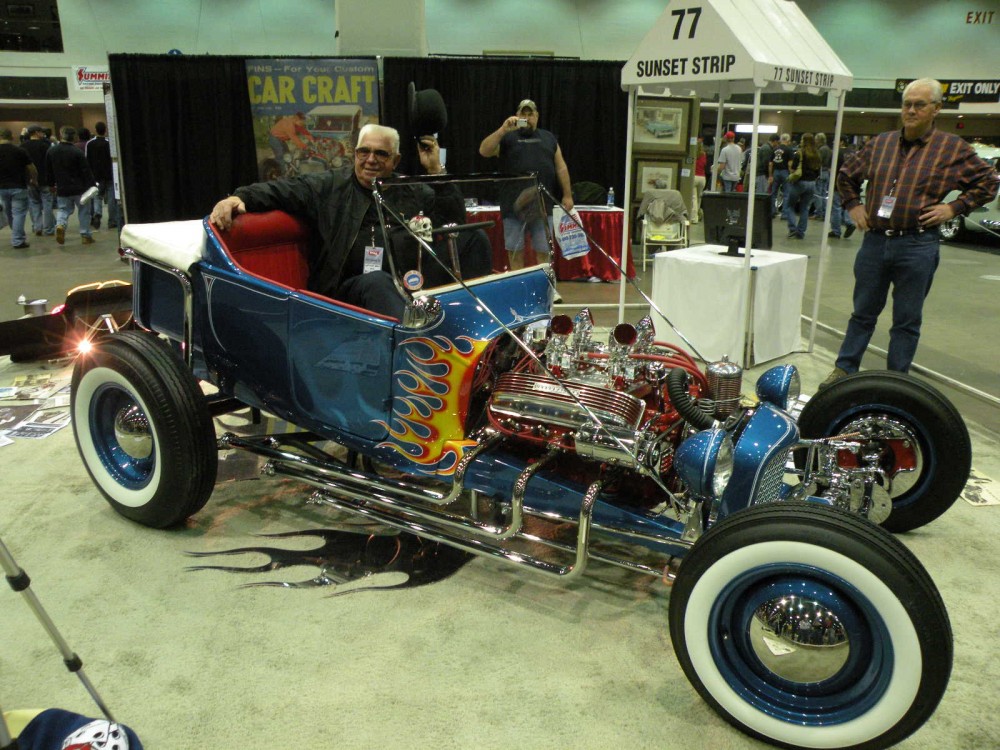 We had an enquiry from someone today who is building a T-bucket inspired by Norm Grabowski’s Kookie car. It reminded us about the time we supplied four new 97s for one of the first Kookie clones – way before we started this blog and well worth a revisit.

This new “Kookie car” clone, owned by Detroit’s Ron Kregoski and built by Reno Rods and Customs in Oklahoma City is a very accurate recreation of the original, built in the 1950’s by actor, artist and hot rod legend Norm Grabowski. Featured in hundreds of magazines and a highlight of the 1950’s television series 77 Sunset Strip, driven by Edd “Kookie” Byrnes, the original Kookie car is one of the best known hot rods of all time.

Running a hopped-up 1952 Cadillac engine with four chrome 97s, Ron’s clone is as accurate as possible to the 50+ year-old hot rod. He contacted Stromberg back in 2008 because our new and improved 97s are faithful in every detail to the original 97s Grabowski bolted to the Caddy’s rare Horne four-carb intake manifold back in the day.

The Genuine Stromberg 97 bowl and airhorn castings, stainless steel linkage and miscellaneous screws and fittings were all shipped to Advanced Plating in Nashville, TN, for chrome plating or polishing, then shipped back to Stromberg for final assembly onto new bases, specially colour matched to the red engine block. The perfectly chromed 97s are an exact copy of the original set-up, and the crowning touch to Kregoski’s Kookie clone.

Looking like it just pulled up from its April, 1957 Car Craft magazine cover shoot, Grabowski said, “It’s the closest clone done yet,” at the 2009 Detroit Autorama in March, where it took 2nd place in the Modified T-Bucket category. Owner Ron Kregoski said, “For Stromberg, Reno Rods and everyone else involved in the build, Norm’s approval is the ultimate accolade”.