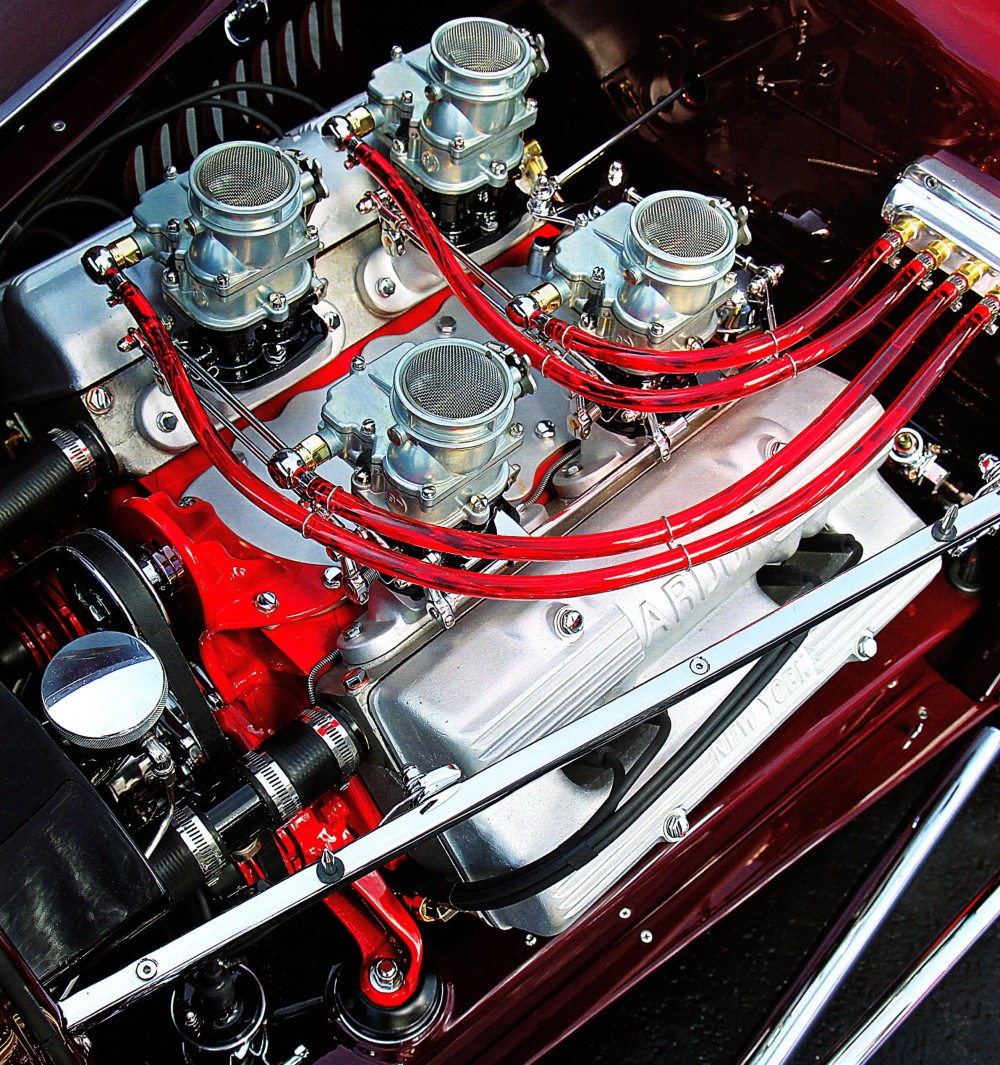 We got the May 2013 issue of Hot Rod NZ magazine today. To be honest, it’s one of our favourite magazines and for many reasons. First, the NZ scene seems so full of life – new imports coming in all the time, plenty of events, you know what we mean. And second, the magazine puts the reader first instead of the advertiser (the US mags have a lot to learn in this respect) and covers that scene in such depth with real support for the hobby – both home and abroad.

Here’s a perfect example. We’ve been following the coverage of John Mumford’s AMBR winning ‘Kelly Brown’ 1927 T roadster ever since the award back in January. But HRNZ has some of the best pictures we’ve ever seen of its Ardun-equipped V8-60 engine. We’re particularly stoked because we always suspected it was Stromberg equipped, but I’d never seen a good enough (close enough) picture to confirm that they were new 97s. Until now. So thanks hugely to HRNZ, Greg Stokes and photographer Alain Sauquet. And thanks to John Mumford and Roy Brizio and his crew for recognising that so many Stromberg linkage and fuel delivery parts are worthy of America’s Most Beautiful Roadster!