This is a true story. One that happened to me a few years ago now. Yes, it’s still a painful memory, though I do have to confess, I am beginning to see the funny side of it. And there is even a silver lining, which we’ll come to at the end. Are you sitting comfortably? Then I’ll begin….

Some years ago, maybe even before we started the whole Stromberg 97 project, I came to own a very rusty 1942 Ford convertible, out of South Carolina. It ended up on my driveway for a year or so and then got moved here and there until I decided I needed to fix it or part it out. Luckily, a remedy presented itself. Around the same time, my buddy Roger Hamilton had been given a 1946 long door coupe body. OK, it wasn’t the best body in the world, and it had to be collected from Dundee, Michigan and shipped back to England, but we had a project! So a plan was hatched. We’d use the solid coupe shell to rescue the convertible – cut the roof off, swap the doors etc. What could possibly go wrong?

Plan worked great. A buddy in Carolina trucked up to Dundee and collected the body. We stuck it on a boat and in due course, we got it back here. No room at Roger’s or mine, but again, no worries. He had a friendly farmer up the track so the body went there while I got my act together. Again, what could possibly go wrong? We even took some pictures to celebrate. That’s me on the left, Mr Happy. 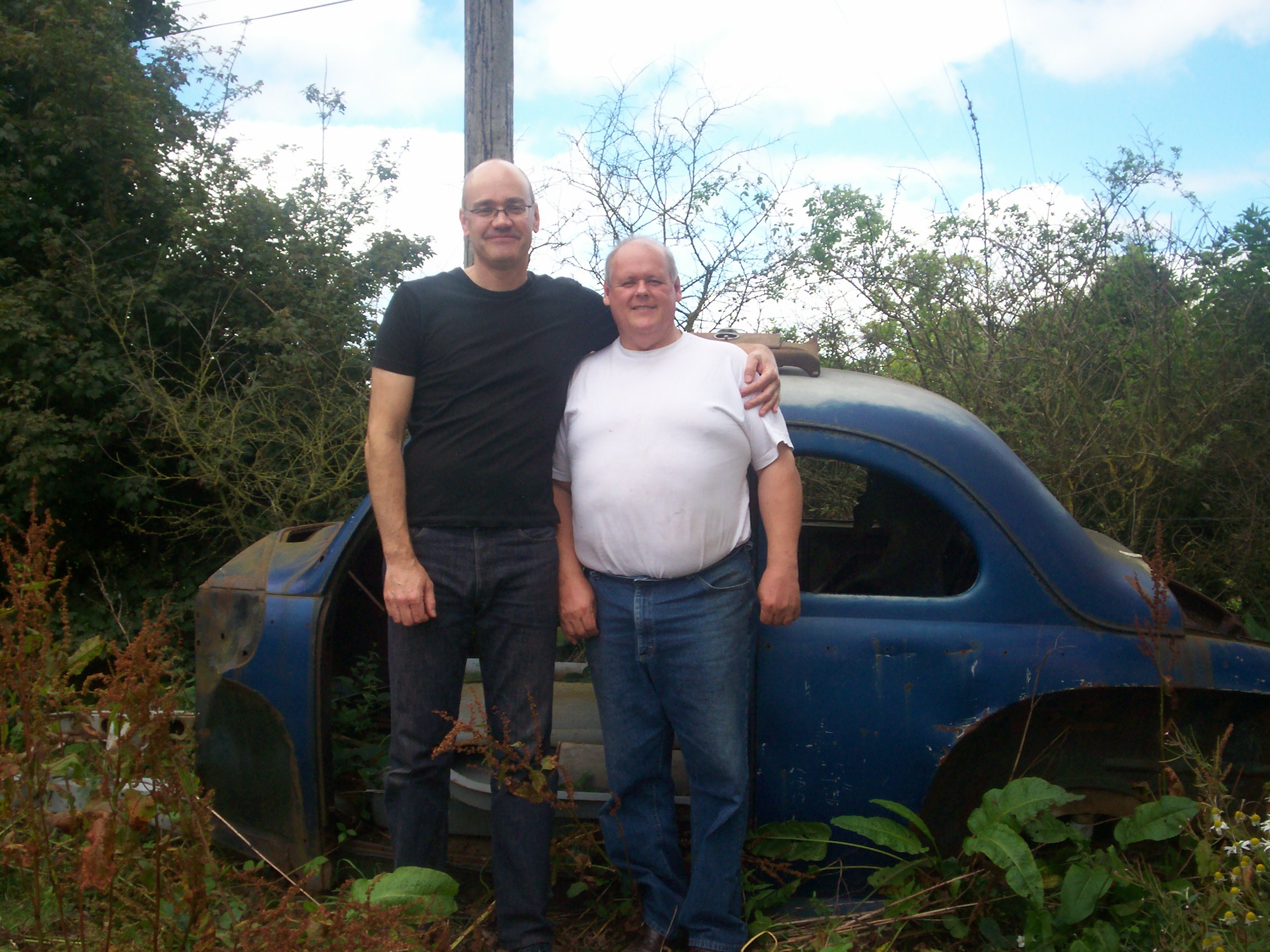 Wanna know what could possibly go wrong? A giant hay bale. Not one of those little old-school ones that your dad lifted on the end of a pitchfork. Oh no, we’re talking one of these 21st Century mechanised rolls that weighs in the same as a mid-size Cadillac. Feeds 200 cattle for three weeks. A Godzilla, black plastic wrapped bale of hay that …..rolled off the stack and onto my [well, actually still Roger’s at this point  ;>) ] unsuspecting 1946 Ford body.

Do I need to remind you never to overtake a hay truck? You know how thick that 1940’s Ford steel is. And how strong the cowl section is. The roof of this car hit the floor pan, through the two doors that were laid flat inside the car. Trick or Treat? You decide. Click on the pictures and enjoy the show.

Finally, I mentioned a silver lining. First off – and I am not making this up – Roger still managed to sell the freakin’ car! To a vintage stock car guy who said he was going to jack it out. And secondly, this year, friends of Stromberg, Russ Pepper and Richard Green, helped me import another, better ’46 Ford coupe at a very affordable price. And it’s parked safely here at Stromberg HQ. Haven’t even unpacked it yet as we have our Model AV8 ’28 Phaeton to finish first. But that, as they say, is another story…for another day. Happy Hallowe’en!