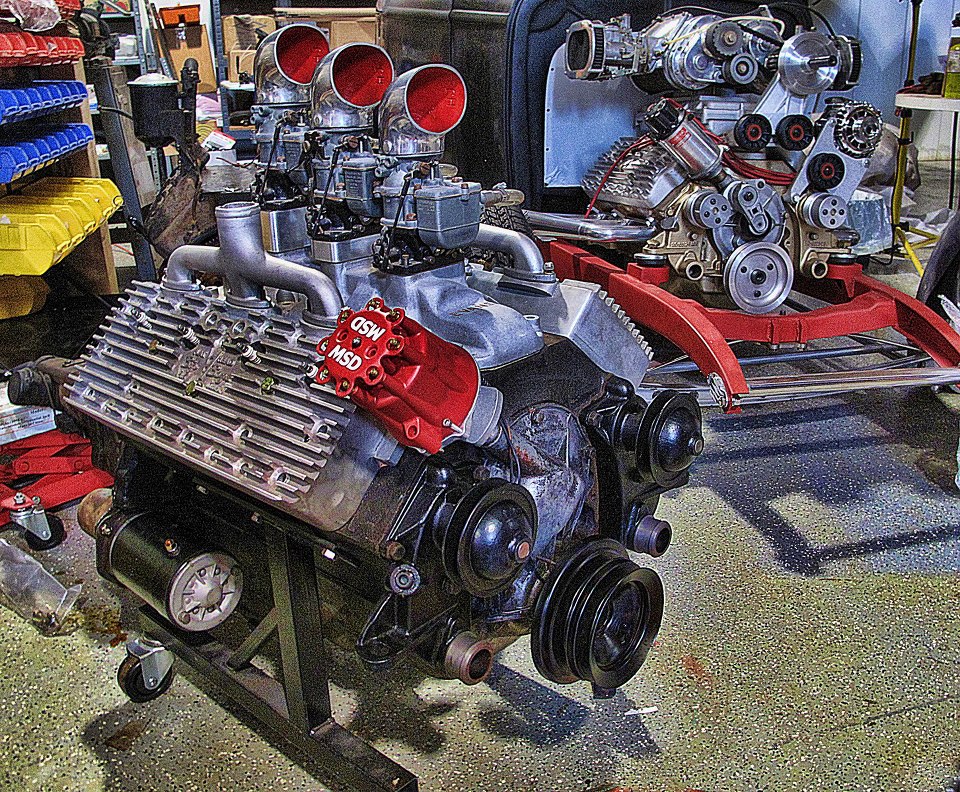 Bob Denton sent us a cool picture of his flathead motors – one with Stromberg carbs. “Here is my flathead with three Stromberg 97’s on an Evans manifold. The heads are custom by Big Boys”, he said. Ok, I thought. Got me there. Never heard of ’em! I better find out more..

“Big Boy heads were made in Bakersfield, California”, says Bob, “by a company called CMC Engineering. I do not believe there are more than a dozen sets of these heads around. As you can see, they are quite thick due to the increased cooling capacity and they have a Ford V8 60 type water manifold on them. The company is gone. I bought these in the early nineties along with a new French block, pistons, 4” crank, and everything I needed to assemble a mean flathead. I never got around to it. And I still haven’t. However,  I’ve decided to use the heads on the Mercury because I wanted to use the Evans intake with the Strombergs and Evans didn’t run a fan/generator bracket on the front of the manifold. As with all 8BA heads, the water port precludes the use of a side/head mounted generator. I am still debating this intake. I may wind up, if I stay with Evans, putting the generator low right and running a a separate belt off the crank for it.

The 8BA in my roadster is my prized engine, but it runs two DCOE Webers. The engine itself is an “overbuilt” flathead. Chevy valve seats, big valves reinforced bottom end, etc. The blower is by Jerry Magnuson. It was designed by him to go on a SBC. Jerry’s friend Tom Roberts made the pieces to put his regular (conventional) blowers on flatheads. The many pieces needed to put this blower on my flathead were made for me by Roberts. Again, this is probably a one-off. Quite honestly, I’m terrified to start it for fear I’ll blow it up. I have that much money invested in it. And I’m getting close to it being ready. Clive, I love flatheads. Always have. My first flathead was in a 1940 Ford Deluxe Coupe I bought in 1956 for $24.00 and drove it home. My mother had a fit. How could I waste my money?” 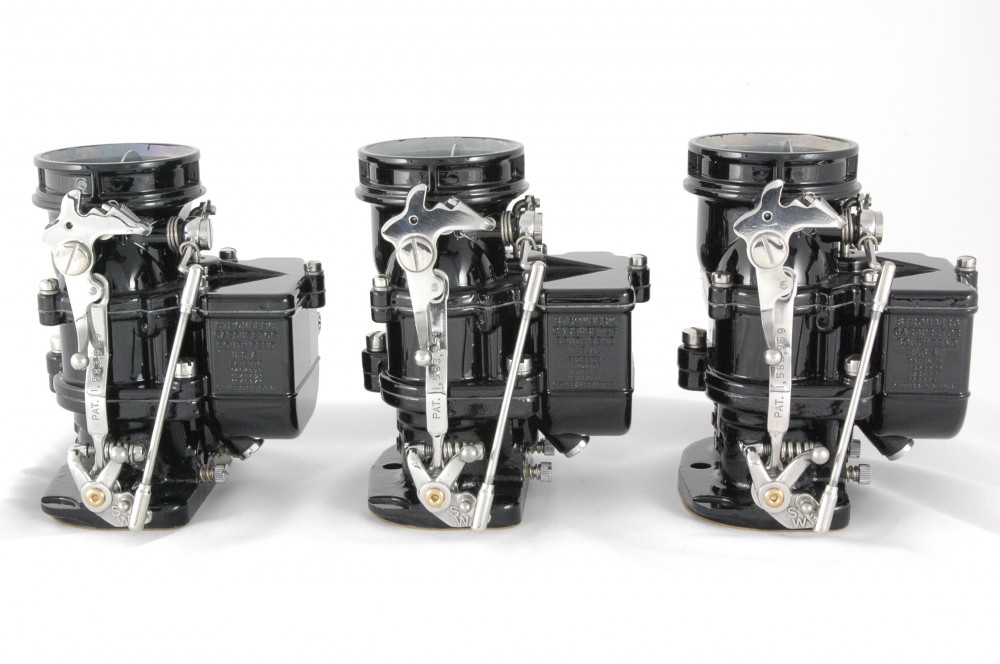 We’ve been thinking lately about how we can extend the Stromberg 97 choice a little. If we wore suits here, I guess we’d call it thinking outside the box. Imagineering. You get the idea. Anyway, somewhat predictably for a bunch of hot rodders, we got as far as black and chrome. You can tell we missed the 60’s. Flushed with success we’re now talking about pushing the boat out a little further. Maybe Dove Grey and chrome?  Who knows. One of our number, clearly not singing from the same old fart hymn sheet, called for metalflake. Seems we’ve started something here.

But we’re getting ahead of ourselves. For now, we’ve made a short run of Limited Edition black & chrome carbs.  And very handsome they look too. The black is the same catalysed 2-pack we’ve used with good effect on Stromberg 97 bases for many years. You can see which parts are chromed. And everything else is pretty much standard Stromberg 97. Let’s call them 9510A-BLK. The price will be $475.00 a piece. They’re on our website, now, so click here for the full story.

If you’d like some, please ask your local Stromberg dealer. And if you’ve a wild and crazy ideas for a different colour, please add a comment below! 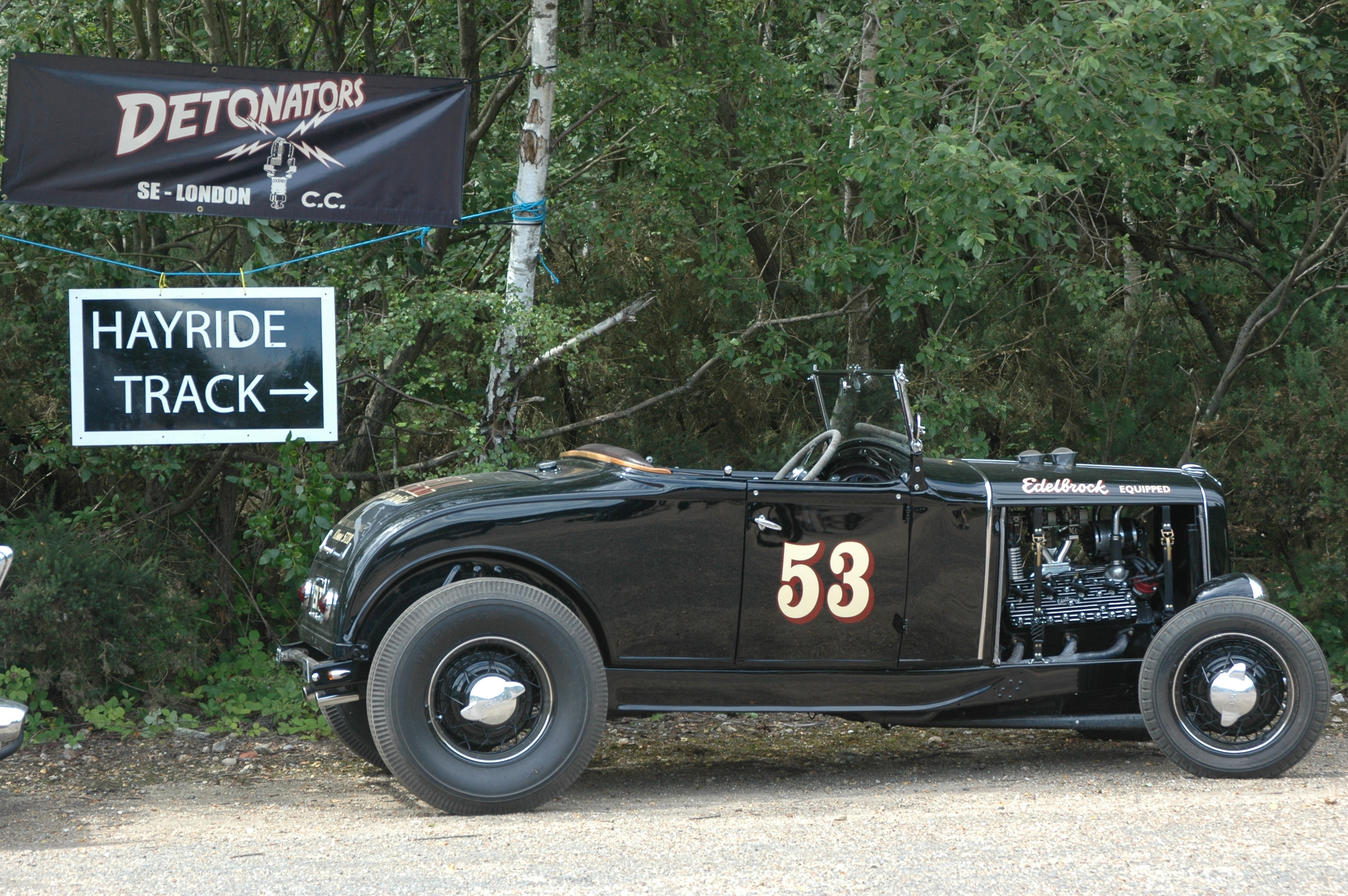