To be honest, it feels like our modular linkage kits for Stromberg 97 carburetors on Edelbrock, Offenhauser and other 4×2 and 6×2 intakes have been in development for years – and in truth they probably have. But now they’re at the warehouse ready to go. And we’re double proud of them. Eight new direct and progressive kits for commonly available 6×2 and 4×2 intakes, plus versatile Trim-to-Fit kits covering the full range of vintage applications.

It goes without saying that they are all developed from scratch, in-house. And it was no easy task. If you want quality linkages (ie. with rod ends), multi-carb linkages are a real challenge as almost every intake differs in carburetor spacing, width and the offset between the two banks. How do we cover all those bases? With tailored solutions for those intakes still available new, like the Offy Pacesetters and the Edelbrock X1 ram, plus Trim-to-Fit options, which cover pretty much everything else out there. Unlike many a linkage, ours come pre-assembled with full instructions – including ‘Trimming to Fit’. Each kit comes in a cool zinc/stainless finish but chrome and polished stainless is available to special order.

So here’s the deal: The direct (non-progressive) linkages are supplied as complete kits with our Snapback return springs.  And the 6×2 progressive kits are modular, so you simply purchase two 3×2 progressive kits from our current range to suit your carb intake spacing, then add the new Back-bar Kit to link both carburetor banks together.

At the heart of the new systems is our unique low-line Back-Bar brackets that won’t over-whelm your shiny new 97s. Precision rolled in stainless steel and reamed for the Oilite self-lubricating bushes, they support the Back-bar shaft at BOTH ENDS for zero flex and positive operation. You simply cannot say that if your Back-bar is supported at one end only. With so much return spring involved, the free end of the shaft flexes like crazy without full support.

All our Back-bar levers are clamped AND PINNED onto the shaft. With ‘3-position’ adjustment, you can alter the leverage and throttle response, too. And our stainless Back-bar end stops prevent lateral movement. We strongly recommend a mechanical link to the pedal with any 4×2 or 6×2 system, so we’re also making our long Back-bar levers available separately as kit 9096K. Complete with swivel, clamping screw and 3/32” roll pin, they can be drilled and pinned to the Back-bar to ensure positive  location and correct alignment with your pedal pull point.

We’re putting all the new kits onto our website this week, so you can check them all out here…Stromberg TwoStep Linkage Kits. And we’ve also posted the full Installation Guide onto the Stromberg Tech Centre right here…TwoStep 4×2 & 6×2 Linkage & Back-bar kits Installation Guide 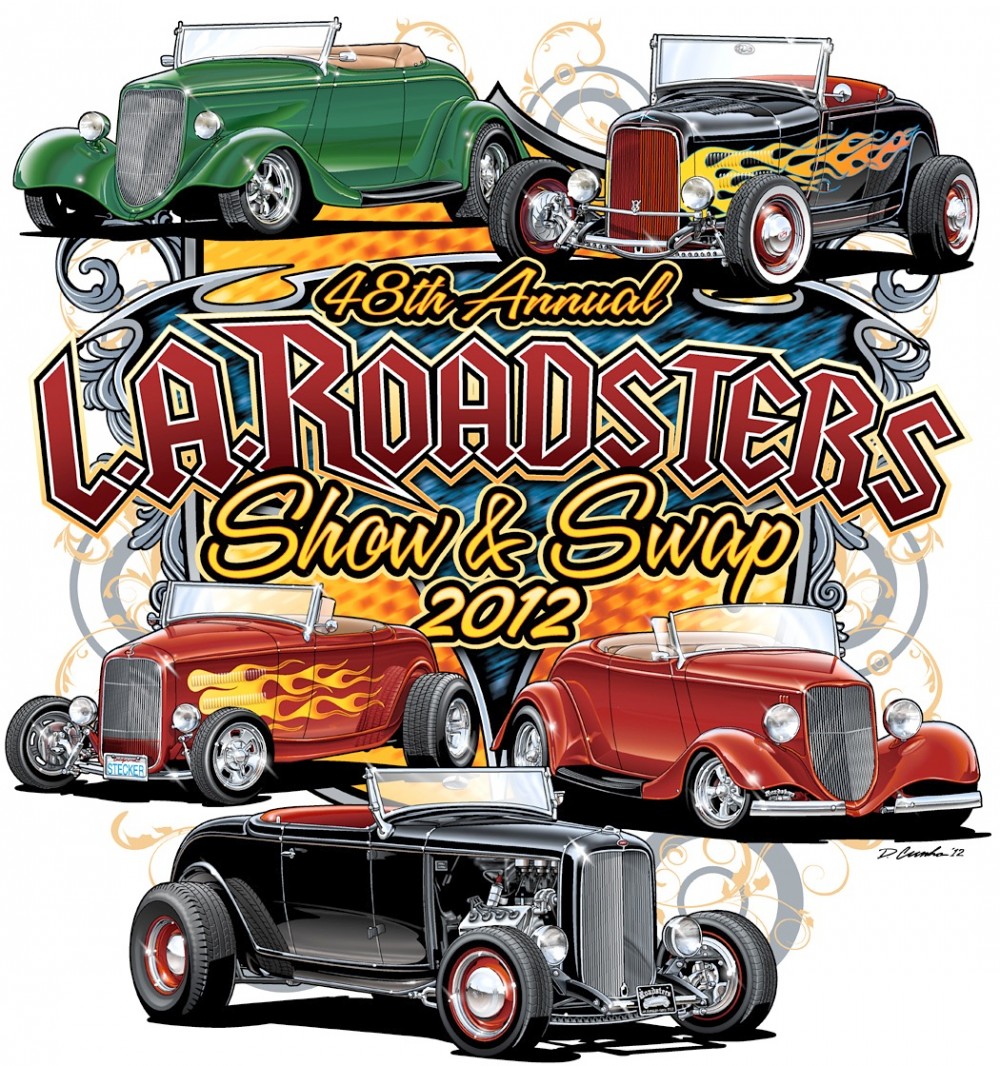 If you’re lucky enough to live in Southern California, you won’t need much reminding that the 48th LA Roadsters Show & Swap will take place at the Pomona Fairplex on 16th-17th June 2012. 2000 rods in speciality parking. Monster swap meet. Cacklefest. Huge indoors Manufacturer’s Area. There’s always plenty to see over the Father’s Day Weekend. Click here for more info. And here for the flyer.

If you’re heading to the show this year, please call and say hi. You’ll find us at the H&H Flatheads booth just outside Building 4. We’ll have carburetors, linkages and service parts there, of course, plus a full range of Stromberg Clothing & Collectibles too – T-shirts and hats, signs, license plate surrounds and more.

Stock up for summer. And save on shipping! 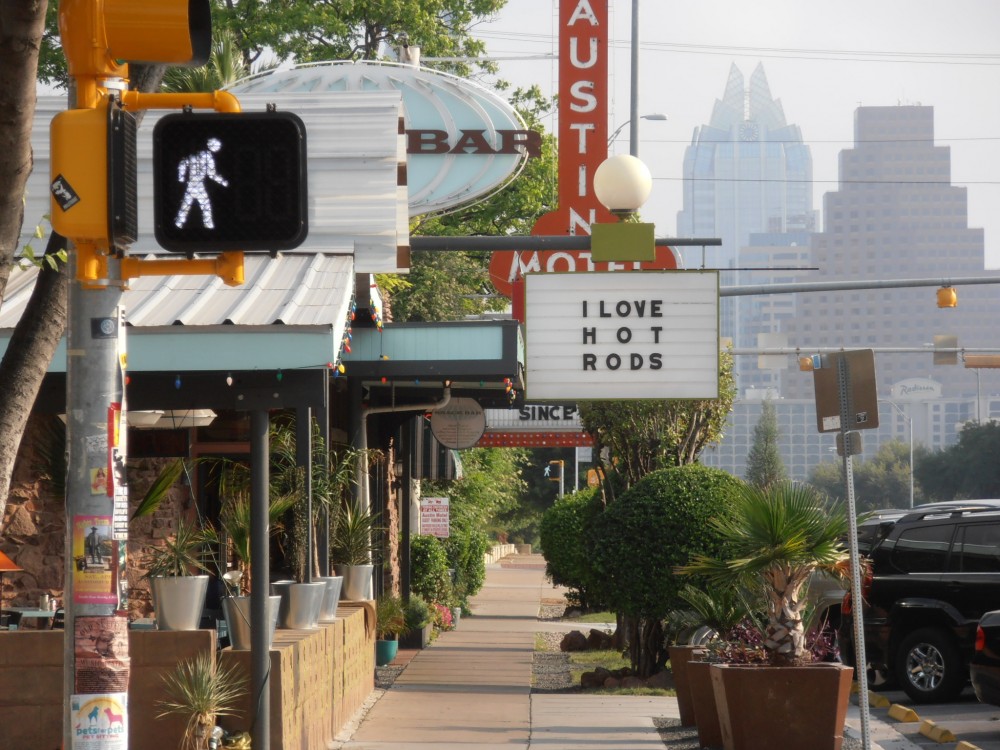 Well, we came, we saw, we Rocked the Round Up, sponsoring five nights of Rock n Roll Royalty at the Continental Club (Austin, Texas). And what a five nights – and five days – we had at the Lone Star Round Up. The event’s been covered pretty extensively elsewhere so we don’t need to tell everyone how great it was. Instead, we’ll just share a few of our photo memories and say thanks to all the amazing people we met along the way.

Highlights? Breakfast outdoors at Jo’s on Sth Congress (we’re English don’t forget). The Sam Barris Merc – driving around. Riding in John Swander’s ’32 5-window (Winner of “The Stromberg 97 Pick”). South Congress cruising madness. The Junior Conway shoebox clone. Pig Vicious. Firing Steve W’s original ’40s (Stromberg-equipped) Model A roadster. Todd Sanders’ crazy back yard. The dude with a 97 tattoo on his neck – respect! The guy with UNT on his sweatshirt (careful who you sit next to, buddy). And Junior Brown at max throttle. One regret? Leaving that so-solid, patina’d 49 Chevy at the swap meet. And one enduring memory?…Late Saturday afternoon, catching the last few numbers of Wanda Jackson’s set, sat in the bleachers in a little world of my own, warm breeze in my face, cold beer in my hand, just watching happy folks, dancing, chatting, smiling, hanging out, just rockin’ the Round Up. Make it a date. Lone Star 12. Austin Texas. 5-6 April 2013