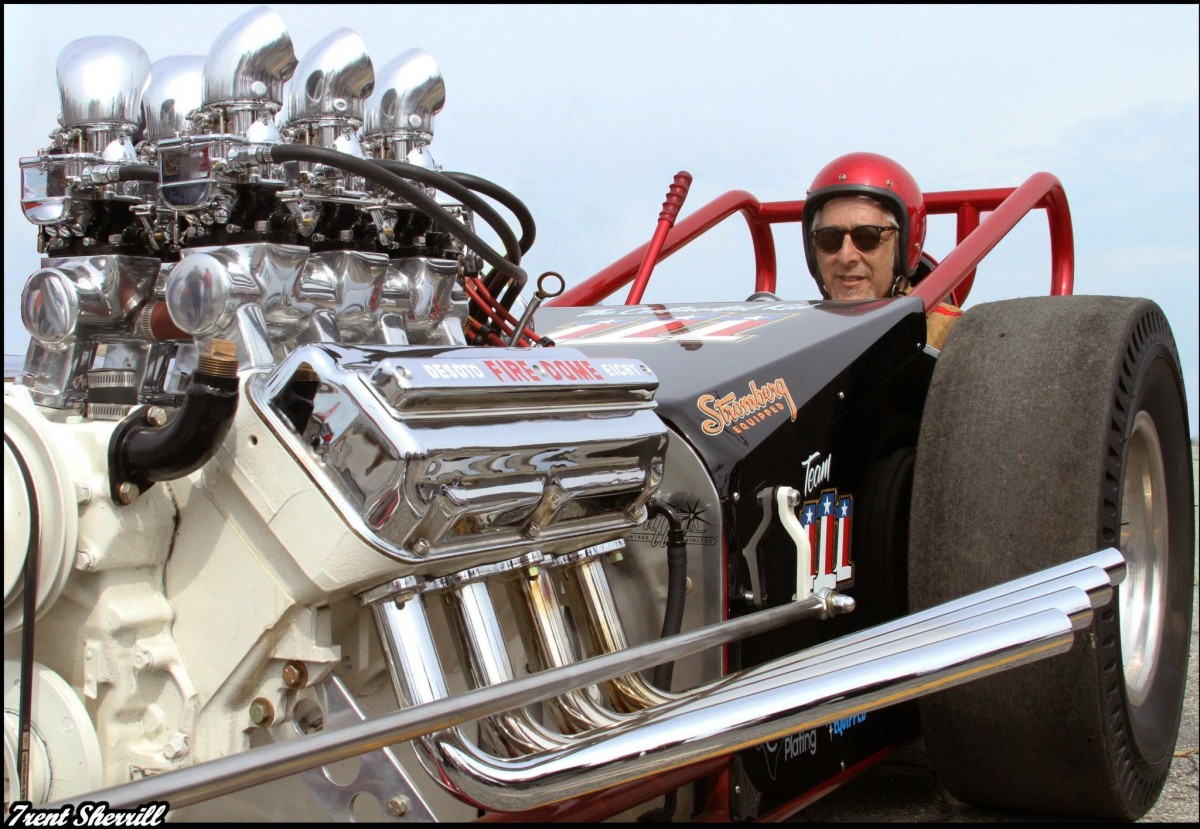 If you click on the Community link at the Stromberg website, you’ll find a box that says, “Show us your ride! Send us your pictures. Let’s see your 97s in action!”  And that’s exactly what Phil Spruit did. His email said, “Hello, I thought you might get a kick out of my Ford 5.0 with the new Edelbrock 5412 intake, three of your ‘new’ carbs and a 9253PRO progressive linkage……very impressed with the quality and workmanship of your product. I’ll be putting 6 of them on my Moonshine Baby – a 1960 vintage 7-Litre hydroplane with a Ford 427 that competed between 1961-1976 and was well known for always running 6 x 97 carbs.….more later. Phil Spruit. So, true to our word, here’s a few pictures of Phil’s ride.

In his own words, ‘the body appears to have originally been a marriage of a 1926-27 Ford Model T (front section, up to the end of the seat) and a 1924-25 Dodge Coupe. During restoration, I extensively remodified the the body. The body was channeled, sectioned, cowl filled & windshield – altered & chopped. The body sits on top of a 1947 Ford frame. The three new Genuine Stromberg 97 carbs feed gas through an Edelbrock intake manifold into Ford GT-40 aluminum heads, fired by MSD, by the Ford 302 cu. in. (5 litre), 320 hp roller cam motor, turning a 2800 stall converter into a Ford C-4 transmission. The drivetrain is all Ford too – most of the front suspension and the narrowed 9″ housing with 3.89 gears. If you’d like to see more of the car, as the rebuild progressed, click here:  http://www.technicalfinishing.com/26modelt/1926modeltbuild.html

Phil has owned the car since 1993, and while he’s pretty much changed most of it since, you won’t be surprised to hear that we love the recent induction update best.  Nice work Phil!  Now, about that hydroplane 6×2…