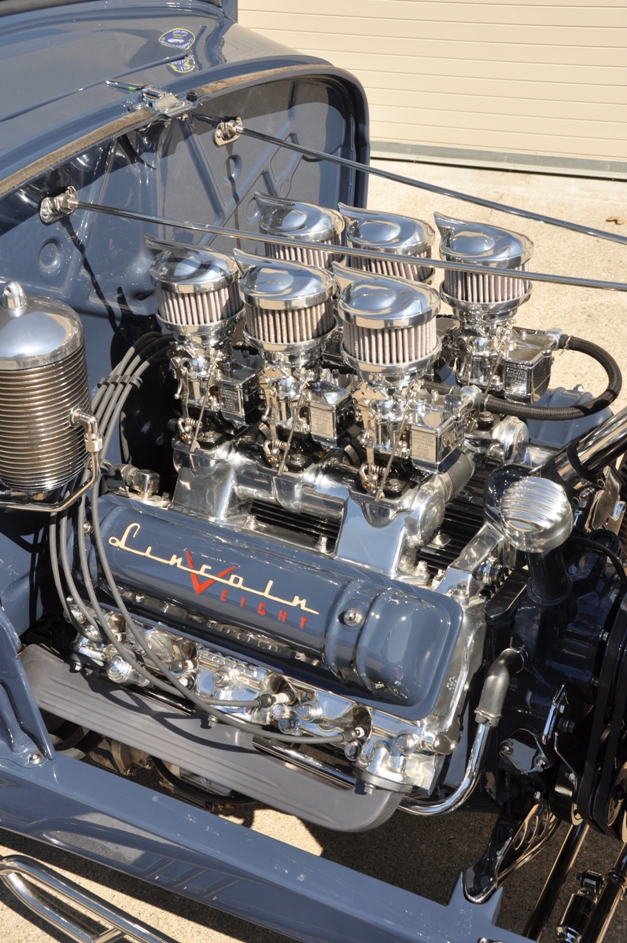 Move over Steve McGarrett. Say aloha to Gordon Cline’s 1951 Desoto Hilo Sampan Bus, one of only 12 known to exist. Sampans were used as rapid transit on the Big Island of Hawaii from the teens to 1995 when Gordon’s DeSoto was retired and sold at auction. Talk about Barn Finds! Man, this is a Jungle Find – from the Island of Kauai. Gordon says the patina on his Sampan was very cool, but having owned it since 2005, he’s now in the process of restoration, trying to keep it looking like it did before, without over-restoring it.

“I wanted to add my touch to the Sampan, but not change the look of it”, says Gordon. “Being from So-Cal all my life and being around hot rods and race cars, I wanted to make it look like it was right out of the early 50’s or 60’s. So I decided to hop up the engine with old and new vintage speed parts. The engine is a Flathead Plymouth, so parts are very hard to find, but the hunt was on. I started with a custom-made aluminum head from Earl Edgerton’s Edgy Speed Shop in Santa Rosa, California. Than I bought an electronic distributor and 12 volt coil from Langdon’s. Headers & finned side plates were found on ebay. I had the headers jet coated at Reward Headers in Camarillo, CA, and a one wire GM chrome alternator was installed. I was going to run a single 97 but a good friend, Mike from MikeCo Antique and Kustom parts in Camarillo, showed me a rare Edmunds intake made for Stromberg 97 carburetors. I had to have it. I had it polished with the Edgy head and side plates and it looked to bitchin’, I called Dan Collins at (Stromberg dealer) Old Gold Garage in Ventura, CA. and bought two new Stromberg 97s (one with a cable choke lever built in), and a new Stromberg 9249S linkage is on its way. The engine is stock, with just a new valve job and bearings. It also has an overdrive transmission.”

Gordon’s trying to get his Sampan done for June 2012 so he can send it back to The Big Island and participate in the “Cruise Paradise” car show and cruise. It’s only held every three years and in 2009 they had over 300 cars. What do we think? Book him Danno….this car is murderously cool.

Happy New Year everyone! Here’s looking at a great 2012. We love old hot rod photos, especially with 97s in ’em. You can learn so much. So we thought we’d start the year with something cool we’ve had hanging around here for a while from our good buddy Tony Thacker, Director of the NHRA Museum. Four super-cool early, wire-wheeled, ’32-grilled hot rods, all with two high-stepping Stromberg 97s a piece. Don’t know much about them (ie nothing!) but they’re clearly pretty ancient. My money’s on the late ’40s. And clearly at some influential locations. 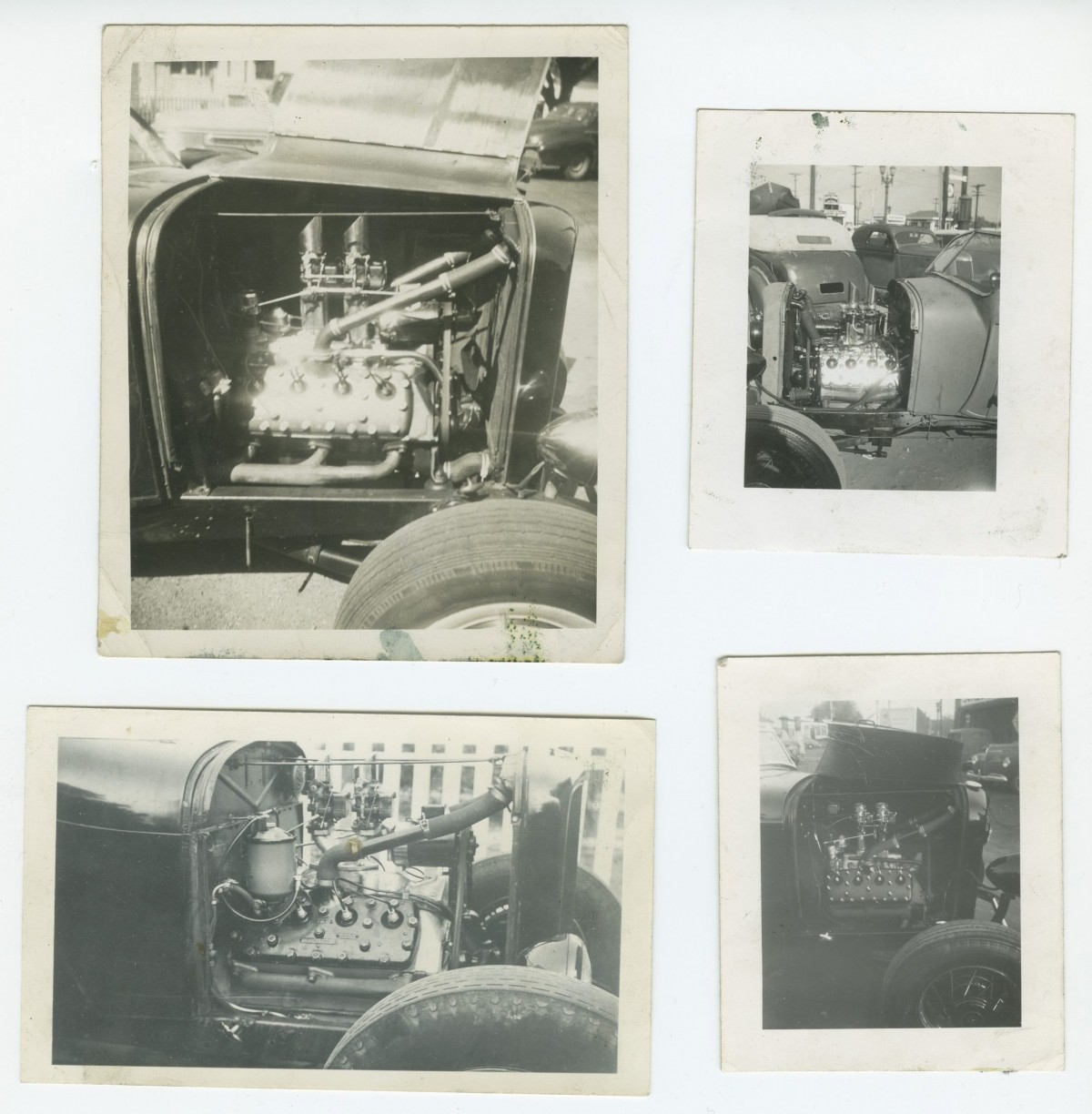 I am sure I have seen that car in the top right photo before. That hokey, grafted-on closed car screen surround rings a bell. Early pump-in-head engine with polished ally heads, and an agricultural steering box mount – I wonder what reception you’d get with that at this year’s Father’s Day Show? The ’32 at top left has a Duvall-style screen by the looks of it. And maybe the bottom right car too – check out the chrome front spreader car, painted hubcaps, chrome head bolts and unfilled grille. This dude was styling’! I’m even wondering if those 97s are chrome….

Check out the cars in the background, too. That chopped ’36 three-window with solid hood sides is sandwiched between two other customs. The one on the left is getting the rear fenders leaded to the body, and a cool new trunk-mounted license plate treatment. You can only imagine what the customer felt about that dirty rear fender sat on his white Carson top. Enjoy…more soon…